Indra Adnan, Director of Soft Power Network, was asked to contribute written evidence to the UK House of Lords Select Committee on “Soft Power and the UK’s…

BRITAIN HAS TO LEAD WITH SOFT POWER

Why soft power is more effective than hard power in our interconnected world.

Yesterday we found ourselves once again on the edge of that whirlpool that, with one moment of weakness, could pull us bewilderingly into the heart of darkness that is pointless, murderous war. Pointless because dropping bombs on Syria will no more solve the regional…

I suspect it was no accident that Simon Anholt's masterclass was held on the 28th floor of Millbank Tower -- one of the higher points in London (though, not yet the Shard). Instantly we were breathing the rarefied air of the global consultant, able to grasp distance as an illusion and imagine ourselves making our mark on any one of the august institutions reduced to LEGO blocks before us.

If you have never heard of Simon Anholt, don't own up to it. Those who have tend to be VIPs --…

The following is a talk given by Indra Adnan, Director of Soft Power Network to NATO at a Brussels conference convened by Stephanie Babst on the Power of Soft Power on 27 March, 2012. Other contributors included Philip Seib, Professor of Journalism and Public Diplomacy, University of Southern California, Jed Willard,…

For those that were not watching the UK last week, we now have a coalition government made up of two parties - the Conservatives and the Liberal Democrats - who previously loathed each other. How can they progress, both as a single coherent entity - the government - and separately, as two parties who, one day, will need to face the electorate again.… Continue

The potential benefits of collaboration rely on finding the right people with which to work and the right spaces within which to interact with them. One approach to the identification of potential collaborators within complex networks or evaluating the impact of resulting actions would be to analyse the series of relationships through network analysis.

Published by the University of California,… Continue

Did four and a half hours of televised debate change anything? Numerous column inches have been taken up discussing which leader won or lost each debate and the election is just over the horizon...

With electoral behaviour hard to predict, but…

The leaders are no doubt frantically preparing for the next debate, it is worth a brief moment to reflect on what the first debate might have told us:

1) Novelty factor was in full effect, leaders debate was the most popular phrase relating to the UK election…

What is the current state of UK Parties' Soft Power? by Ali Fisher

How to 'stop' communication screwing up your (work) life! 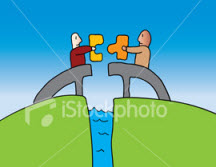 • Fed up with all the back stabbing at work?

• Fed up with feeling so battered, frustrated and misunderstood?

• Wish you knew one thing that could really make work-life easier instead of a gruelling daily slog?

Check out this Change it live it article for a simple, powerful and pratical way of tranforming your work life through… Continue

I was walking down Balham High Road on my last trip to London a few weeks ago and looked up from being lost in thought to find my eyes focusing on the word 'EGA' on a sign above a coffee shop. Immediately, I found myself thinking, 'EGA - that must be the feminine of EGO?'. I really started to wondered if I was onto something here. Momentarily, my own EGO started thinking I may have discovered some major psychological construct heretofore unchartered. When I got home a cursory google search… Continue

A New Blueprint for Men and Women to create the future together...

My passion is for people, for collaboration and for wisdom - I believe we are now at the time for significant life change that influences both economic issues and society at large. I have written a published article and interview on the subject of masculine and feminine energy within us all..in men and in women..and how we can build a new blueprint for business and life that will account for all. May I share this with you all....

How can we change the broader culture?

Why do parents, mostly women, have to CHOOSE between work and family? Why is juggling and spinning plates the only way to have it all? What new models can we come up with that perfectly integrate raising children well with being satisfied in work and public life AND having enough money to be at ease. In other words, models of rich, full lives?

Mathew Danaher is now a member of SOFT POWER NETWORK
Dec 2, 2013
Welcome Them!

Recommended reading to help towards a better understanding of Soft Power.

More links that show the resonance of Soft Power at an international level.